teratos said:
How do you get a “federal serial number?”
Click to expand...

By having an FFL engrave a SN that Carries part of the FFL’s number, and the FFL is then supposed to enter the firearm in their bound book.

As I understand the vague guidelines from BATFE.

A: *sigh* you have the right to carry a long gun in public. There is no regulation whether it is loaded or unloaded.
Click to expand...

Open carry of a rifle is lawful in the Counties.

teratos said:
No. Being a physician is not a valid reason.
Click to expand...

And you know this how?

John from MD said:
And you know this how?

You been messin around?

One salient note- If you have the HGP, you are exempt from the HQL requirement to make a purchase. (Click exempt on the 77R and write in the HGP number where indicated)

If you want the HQL (now issued solely as a digital file) you get the HQL free after obtaining the HGP.
———
If you have an HQL, the training and FP you completed are useless when applying for the HGP. You’ll need 16 hrs of the approved MSP training conducted by a certified Handgun Instructor (unless your are exempt from training)

You must obtain a new livescan receipt using the correct codes, and submit the completed application within 30 days of the livescan date.

Brian Frosh is the kindest, bravest, warmest, most wonderful human being I've ever known in my life.

It's time to check eruby's medication(s) again!
Click to expand...

I recently prescribed him 250ml Sazerac Rye BID.
He should be fine.
S

BurkeM said:
By having an FFL engrave a SN that Carries part of the FFL’s number, and the FFL is then supposed to enter the firearm in their bound book.

As I understand the vague guidelines from BATFE.
Click to expand...

According to what was said today, not until aug. And maryland does not require it to be registered if marked with the ATF standard. But suggests doing so.
S

Cuba on the Chesapeake

6-Pack said:
Q: Is there a database of instructors and their approval rates?

A: No, but they can "request it of their development team."
Click to expand...

Yes, there is a Statewide list. (see below)
No, MSP has absolutely no idea what they charge. 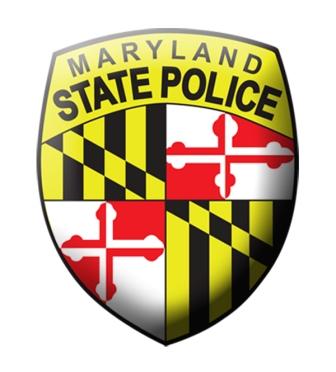 scottyfz6 said:
I am going to record it on my phone and upload it to you tube later
Click to expand...

BurkeM said:
The Governor is bound by the State constitution, and can only administer and execute the laws as passed by the General Assembly.

Frosh is the Attorney for the State government, and is tasked with advising the executive branch on how to enforce the laws as written.

As AG, he can argue against court orders and decisions in the courts.
Click to expand...

The Governor of Maryland is bound by oath to support the Constitution of the United States.

West's Annotated Code of Maryland
Constitution of Maryland Adopted by Convention of 1867
Article I. Elective Franchise

MD Constitution, Art. 1, § 9
§ 9. Oath or affirmation of office
Currentness
Every person elected, or appointed, to any office of profit or trust, under this Constitution, or under the Laws, made pursuant thereto, shall, before he enters upon the duties of such office, take and subscribe the following oath, or affirmation: I, .........., do swear, (or affirm, as the case may be,) that I will support the Constitution of the United States; and that I will be faithful and bear true allegiance to the State of Maryland, and support the Constitution and Laws thereof; and that I will, to the best of my skill and judgment, diligently and faithfully, without partiality or prejudice, execute the office of .........., according to the Constitution and Laws of this State, (and, if a Governor, Senator, Member of the House of Delegates, or Judge,) that I will not directly or indirectly, receive the profits or any part of the profits of any other office during the term of my acting as ...........

In a State of Bliss

Not in Montgomery any longer 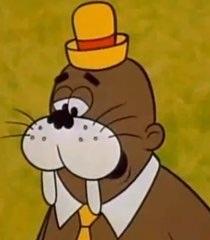 Yikes! So they have your house surrounded already?
You must log in or register to reply here.