NYC CCW case is at SCOTUS!

Watch for this to surface from the Swamp next session...

...Generally gun control advocates are pretty careful to couch their prohibitionary policies in more moderate language; “We’re not opposed to the Second Amendment, we’re just calling for reasonable restrictions like _____.”

Every now and then, however, you get someone who’s either willing to let their real agenda slip out or accidentally reveals their true intentions. Such is the case with Los Angeles Times columnist Michael Hiltzik, who recently wrote in praise of San Jose, California’s requirement that legal gun owners carry liability insurance; a policy that’s set to take effect next month and is currently facing a court challenge.

In his column, Hiltzik first claims that San Jose’s new policy has a couple of goals; making legal gun owners “bear the cost of gun violence” as well as outsourcing “the regulation of gun safety to the private market, and to do so in ways that are immune to constitutional challenges.” That’s bad enough; after all, why should gun owners who haven’t committed a violent crime be any more financially responsible for the acts of violent criminals than anyone else? As for the idea that the private market will step in, I’d remind Hiltzik that insurance mandates are generally going to be handed down by politicians, not business owners, and they’re clearly subject to court challenge given the fact that San Jose’s insurance mandate is currently facing a lawsuit over its constitutionality...
Click to expand...

BeoBill said:
THIS is an interesting "Commentary" in the Sun. Possible direction of future restriction law next session?

I don’t see any way in hell that MD goes open carry only. Mommies would be fainting left and right, Karens would be coming out of the woodwork, screaming.

Open carry only with all businesses/stores by default a sensitive place?

Sounds like a recipe to temporarily thumb MGA's thumb at SCOTUS.

rbird7282 said:
I don’t see any way in hell that MD goes open carry only. Mommies would be fainting left and right, Karens would be coming out of the woodwork, screaming.

That could be the exact reason. "Blood in the streets"; "ladies screaming and children crying"; great footage for the evening news. But I'm just spitballing here - that could be too outlandish, even for the MGA...

Stoveman said:
What is the course of fire? I am also looking into getting a NJ permit.
Click to expand...

Texasgrillchef said:
Exactly why so

They did accept my qualification of 50 rounds at 7 yards years ago. They may also try to pull the "training must be within 2 years" even though statutorily its not there.

When the state does maybe 1k civilian permits per year they just tend to do whatever they please.

MSP system getting overloaded and failing to send out communications. 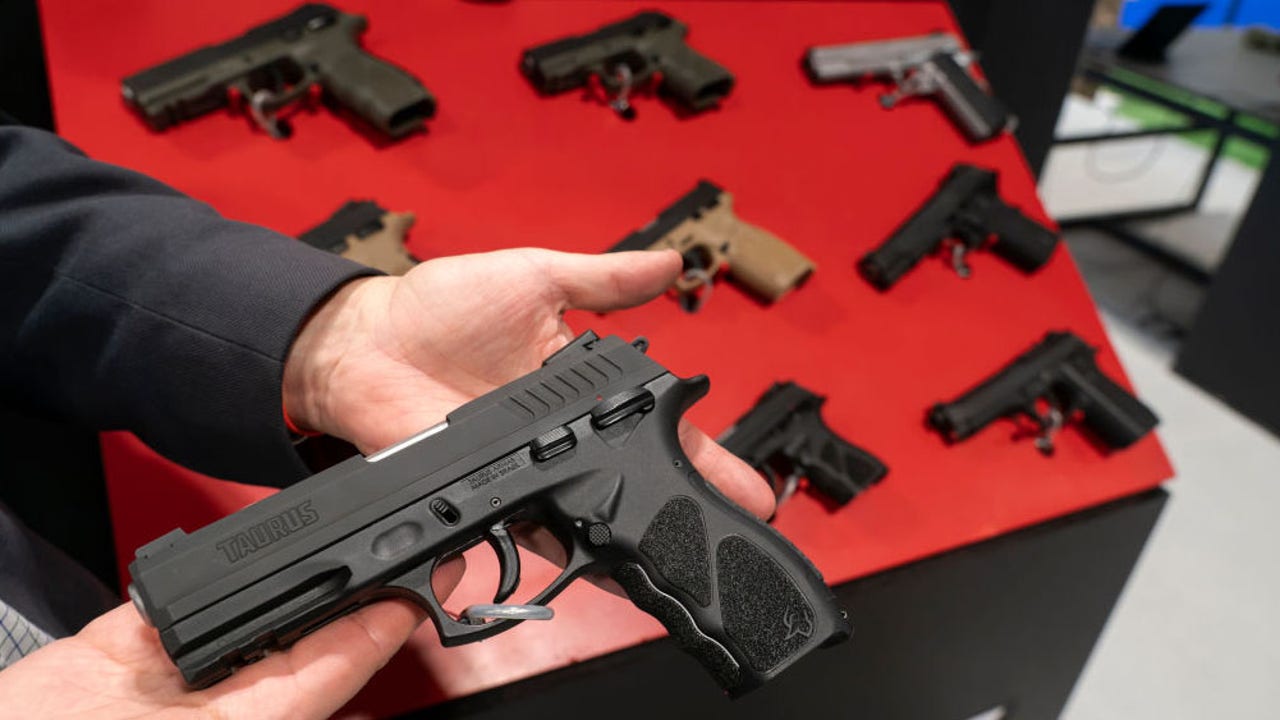 MSP system getting overloaded and failing to send out communications.

Apd09 said:
MSP system getting overloaded and failing to send out communications.

Thank You to Mark Pennak, AND all those in MSI who broadcast this message. Please read...

Adding to that point, Pennak believes that people who are applying wear and carry gun permits in Maryland are "ordinary people who feel in danger" and have no interested in committing crimes.

"The people with carry permits nationwide are the safest most law-abiding and commit the least number of crimes on the planet. These people do not commit crimes. Maryland will still be able to do a very extensive, very intrusive background check on every individual who applies for a carry permit. They still have to demonstrate proficiency and the handling of a firearm," Pennak tells FOX 5. "This is not an impulsive system at all. These people are shown to be competent or law-abiding and have no records. These are people you can trust with firearms."
L

Raineman said:
This is hilarious. You lambasted your friends for "running to Harford county", and then you moved out of state.

Either they were smart, or you ran.
Click to expand...

Yep, ran to the great free state of Florida from the wonderful paradise of Towson.

Hard to run when I didn’t even own a pistol or rifle while living in MD. Never saw one gun store in Baltimore County in my 30 years living there.

I didn’t become introduced to owning firearms and conceal carry UNTIL I moved to FL, my first day at my new company’s orientation (I’m in finance) in Tampa in 2010 the guy doing the orientation, at the end said “oh by the way I hold a CCW class the first Wednesday of every month”….THATS when I realized I was “not in Maryland” anymore.

I moved to FL in 2010, by 2011 I had a CCW permit and was carrying daily, owning multiple pistols and rifles. It’s a gun culture thing, literally everyone I met in FL from Blue Collar to White Collar owned and carried guns, including a lot of the females. It’s just normal here.

So I get what your saying, but to say “I ran” to a free state for gun rights is incorrect, growing up in MD I didn’t know anything about guns because I was never introduced to them……and that’s the larger issue, Marylands severe lack of gun culture.

The “lambasting” of people running for the hills though…that’s true. Literally every guy I went to HS with in Baltimore County in the mid90’s that posts on social media or I still communicate with lives in Harford, Cecil or Carrol County now. The smart ones live outside of MD and there is a good number of them too. Baltimore County is now Baltimore City lite……Harford is next
Last edited: Jul 19, 2022

Lalez said:
Never saw one gun store in Baltimore County in my 30 years living there.
Click to expand...

Must not have looked very hard. Continental is right off York Rd in Timonium, not far from Towson at all. The Gun Shop on Eastern Blvd in Essex. Duffy's. Gun Connection. Freestate. Maybe some weren't there when last you lived here; but I know for certain some were. I'm sure there are more, too, that I have no experience with. Heck, go back a little ways and WalMart was a gun store.

Moses got his first carry piece at Clyde's... or was that his shotgun...?