In the boonies of MoCo

twybyll said:
What a weasel worded article. Saying it's taxing "Americans" without explaining what the taxes are. It doesn't tax individuals. The taxes apply to around 150 $1-billion+ companies, and against stock buybacks. They've made record profits this year gouging us, they can afford more taxes. If they raise their prices, then maybe smaller businesses will get the sale instead.

Correct. Mind you, the number of grammatical errors in the "article" your comment was referring to should have been a good sign of its merit even before the vague "Americans" line at the end.

Seems to me that some members of the board have a difficult time understanding that WV isn't really "Trump Country" in the sense of blind faith in the man vs a state that simply doesn't want the status quo in office because WV knows what that leads to (continued economic downturn for the southern part of the state and being glossed over or made the butt of jokes for the sake of political expediency). Yeah, there are a lot of Trump flags waving in the breeze, but most people south of 60 would gladly vote for ANYONE who promised to bring mining jobs back because it's the only life they know. The best thing that could happen for WV is for thermal coal to die, but steel manufacturing make a resurgence in the US with arc and induction furnaces reliant on cheap nuclear power. The vast majority of the bituminous coal left in the southern coalfields isn't thermal grade, it's exceptionally pure coking coal that is best suited for steel production. Not only is it worth more, but the seams aren't within reach of the MTR equipment so it has to be deep-mined which pays better, employs more people, and takes longer to deplete the resource. Of course, we tried to get Clinton to stop the steel dumping by Germany and Japan in the 90s to no avail, and I doubt anyone that would actually run for the office is smart enough to do what's best for the US as a whole instead of only benefiting corporate boards. Manchin stays in office in a state that voted overwhelmingly for Trump because he's a Bob-Byrd Democrat.


mpollan1 said:
Dunno where they get their coal from but manufacturing 90% (made up number) of all the sh!t sold here takes a good bit of energy.
Click to expand...

Russia was a big purchaser until 2014 when sanctions started to kick in over the military annexation of Crimea. China, Ukraine, and India are all major purchasers of WV coal and continue to be. They mainly buy metallurgical grade coal, which is part of the reason why we're seeing less MTR these days while deep mining hasn't seen as sharp of a drop. Nonetheless, China is trying to wean itself off of coal imports which means that its purchases have been steadily decreasing.

It should be noted, BTW, that under Trump, WV ultimately saw its coal exports drop by nearly 69%. While the first two years saw some increases in production, the last two years saw those increases wiped out by a massive downturn.
You must log in or register to reply here. 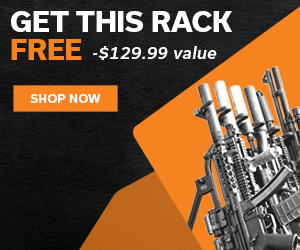