-One of the more useful lessons I've learned and applied frequently is to always put eyes on every page in an auction catalog, leave no stone unturned. Case in point. I was bidding on a rare last ditch Arisaka 02/45 rifle in Wes Cowan's latest firearm auction. As it turned out I wasn't the only person to discover the 02/45 and bidding eventually crossed my line in the sand by a good $400. Stick a fork in it, done.
-Time to peruse the last couple pages of the catalog for anything that might have slipped by me earlier. It was then that I found an odd looking single shot .22 pistol. Being innately curious I set about to learn as much as I could about the H&R 195 U.S.R.A. Seems that H&R was resolved to build the best pistol for the United States Revolver Association slow fire matches in the 20s and 30s. Price was apparently no object. Production started in the late 20's and wrapped up about a dozen years later on the eve of WW2 with the death of William Harrington and the shift away from only slow fire matches with the advent of accurate semi-autos like the Colt Woodsman Target.
-Returning to the auction... After discovering the Model 195 I looked for recent comps and found the nicest examples selling well north of $1K. Bidding on this one had stalled @ $350. Well below what I estimated the value to be, even with the patch of rust on the left side of the receiver. Eventually it went to me for under $500, yay!
-Word is that H&R probably lost money on every Model 195 and this I can believe. The fit of this pistol is so precise and the trigger a joy. The past president of the Ohio Gun Collectors Assoc. owned over sixty Model 195s and he wrote a fantastic article for the OGCA newsletter. Worth the time to read. Especially fascinating is the part that Walter Roper played in the M195 story. This is the gunsmith who made what are considered the finest target grips of all time. I've seen examples sell for more than the pistol that they were designed for. He was hired to oversee the M195 production and introduced a program whereby you could select not only the barrel length but if you sent sketches he would produce custom grips. So it's not a surprise to find that there are an amazing number of variations.

An H&R I'd never heard of... the other end of the spectrum from their massive flare guns!

Yup, just when I start getting jaded and think I've seen most everything there is to see in the firearm universe I get surprised. This one flew under my radar forever. Glad I found it!
These came in different barrel lengths and profiles and I've already seen at least 3 different shaped grips in just the last 3 weeks of seeking them out. Walt Roper was a busy guy in the time he ran the roost in the USRA shop at H&R. The grips on my example are simple yet beautiful. He picked a very nice grade of wood.
The fact that only about 3300 were built, this one has a SN in the 2800 range, means that they're uncommon. If you go to Simpson Ltd and look at the four that they have consigned you'll see 2 with 7" barrels and 2 with 10" barrels. All of them have the earlier round break open lever vs the rectangular version on the later examples. One of them has a different style grip, definitely a factory supplied option, screams Roper when you look at it. All four have the earlier round barrel profile called 'keyhole". Mine is slab-sided. I can easily see where these would be addictive. Like going down the M1 carbine rabbit hole.
You must log in or register to reply here. 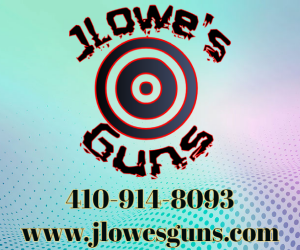