When I got my Utah permit I got a Crossbreed belt and that has been a daily wear for over 10 years. It looks a bit rough but is still solid.

I just switched to the NexBelt. I didn't like the keeper on the first buckle so I ordered a flatter buckle, but so far I really like the way this adjusts. I don't need to wear a belt daily anymore since I don't have to leave the house to work and I expect this one will last me at east as long as the last.

It's only a couple years old

That's actually my own hybrid "system."

A brief history of my relationship with belts:

When I first started dressing myself, I wore leather belts. Working on the horse farm, my sweat would wreck them. Not only did it attack, dry out, and weaken the leather, it would make them stink. I guess maybe I could have cleaned and cared for them better...I dunno.
I started wearing what as kids we'd call, "army belts." They were thin woven cotton (I think) with the flat buckle that the belt slid through and was held by friction from the grippy roller inside. They would get stinky but were a lot easier to wash. The cotton would eventually wear out and/or the buckle would get smashed, but they were cheap and available enough to replace regularly.
While looking for a new Made In USA one online, I stumbled onto these Thomas Bates "Hiker," or "Trekker" belts, that I thought I would give a try.


They were nylon (or something similar) and seemed a lot more durable than the cotton. I didn't realize until I got the first one that the buckle was plastic. It actually held up surprisingly well under normal use and abuse...but I discovered that the latch would easily break off if it was caught on something (or stepped on) while open.

I also discovered that it could easily be replaced by an "army belt" buckle and work mostly OK. The nylon was a little slippery, and the buckle I used was kind of worn out, so it wouldn't stay cinched super tight (and wouldn't work for carry...but that was not a second thought at the time), but good enough for daily use.

At a gun shop, I found a Made in USA belt from Elite Survival Systems on clearance, so I thought, "why not?" 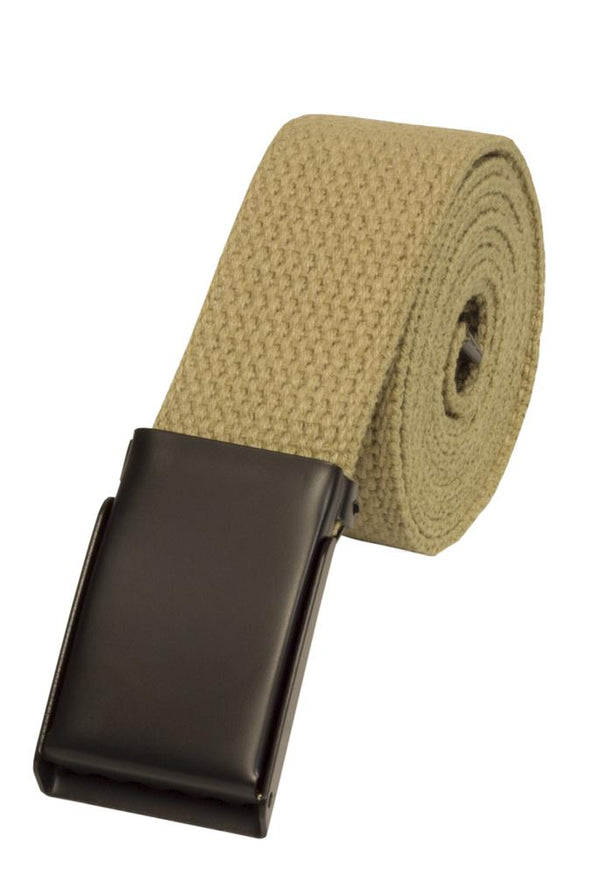 elitesurvival.com
It was a cotton-ish web (interesting that the description says nylon, because I'm pretty sure the one I got was not) with a different style, but seemingly heavy duty, friction fit buckle. That became my everyday belt until the cotton (?) wore out.

Then, fate allowed something wonderful to happen. I put the Elite buckle onto the Bates nylon, and all was good. Very good. It locks securely, has been holding up well, and doesn't absorb sweat. It is slim enough that I can keep in on under my two piece competition belt (yeah...three belts at once

) The only trick is that I have to remember, when squeezing my body through tight spaces, I have to go from left to right...otherwise the buckle will try to open.

So, that's what I've been wearing everyday (unless it's a fancy occasion...which is rare), an Elite Survival Systems buckle on a Thomas Bates belt. I don't know what I'm going to do when it needs to be replaced...but so far it's holding up very well.

On the can, buckled below my knees. Admittedly, I suspect the holster would come off if I tried to draw like this because it doesn't have my pants helping it. 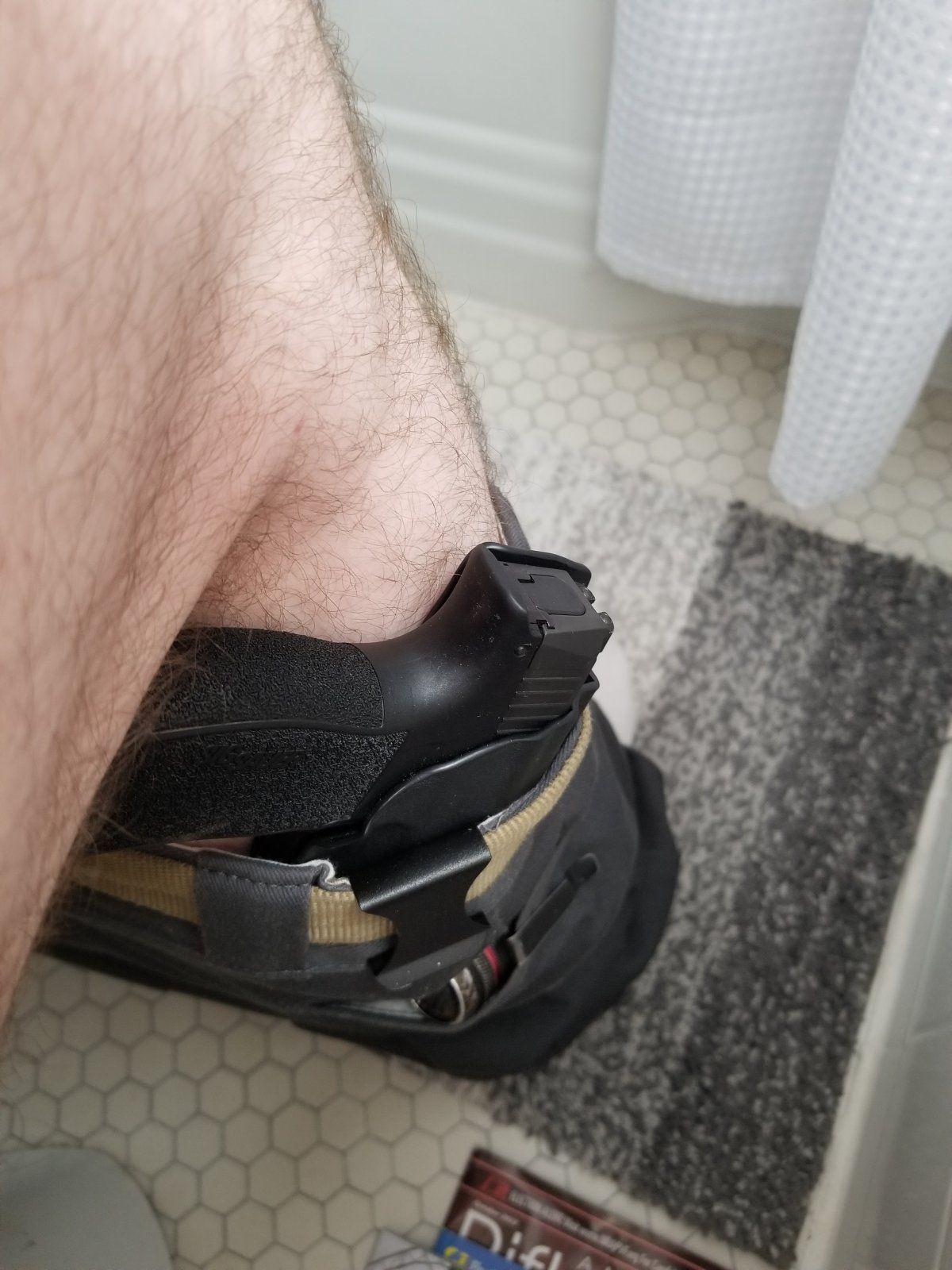 Art3 said:
On the can, buckled below my knees. Admittedly, I suspect the holster would come off if I tried to draw like this because it doesn't have my pants helping it. View attachment 382449
Click to expand...

Do you accept requests for different angles? What’s your OnlyFans?

teratos said:
Do you accept requests for different angles? What’s your OnlyFans?
Click to expand...

Ha! I'll see what I can come up with.

Just so you know, I try to be very selective about who can see my pistol, and when. My gun...well, that's a whole other situation.

teratos said:
Do you accept requests for different angles? What’s your OnlyFans?
Click to expand...

In all seriousness, though, this picture illustrates the need for a major change in EDC habits. I've carried a flashlight in that pocket for probably close to 20 years. Even though it doesn't interfere with the pistol, I can't draw both. I need to learn to carry (and deploy) it from the other side now. That is a lot of instinct and muscle memory to relearn

So I have to belt up under my armpits? Too wedgie for me. 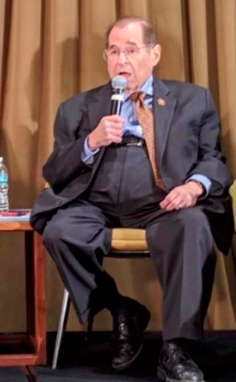 Art3 said:
On the can, buckled below my knees. Admittedly, I suspect the holster would come off if I tried to draw like this because it doesn't have my pants helping it. View attachment 382449
Click to expand...

Nexbelt. They make a wide variety of styles, even very dressy ones.

Jerry Nadler approves of this (woops! redundant, as it turns out) post. 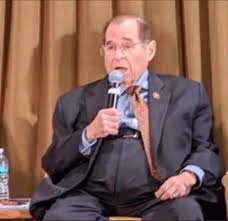 Occam said:
Jerry Nadler approves of this (woops! redundant, as it turns out) post.
View attachment 382865
Click to expand...

First one is free. You'll have to sign up on my Only Fans for the juicy ones

I just received the Tenicor Zero belt. So far so good. I’ve been carrying my G48 mos on it for the last couple of days and other than a bit of difficulty adjusting the belt when I’m in the car, its been solid. I really like how the buckle is really small and out of the way of the holster.

Thanks to this thread I ordered 2 Kore belts after I got approval notice. They just got delivered and then I got a notice they were shipping. Still waiting on my card to show up.

Blaster229 said:
I like how Kore gives you one of those hanger thingies. I need another one tho. My collection is growing.
Click to expand...

Kore belts have been the best belts I've ever owned, I've got 4 total and wear the brown and black leather ones for work when I'm not CCW'ing .

You and your phisting. Lol

babalou said:
You and your phisting. Lol
Click to expand...

spoon059 said:
Unless you are getting hit with it! My great uncle owned a leather shop and would make my father a nice new real leather belt every year. Getting my rear end whooped with a nice, new, high quality geniune leather belt was NOT a good thing!
Click to expand...

Lmao!!! I loved that life all to often. It was worse when he was in the garage and just grabbed a fan belt though. Fu@king ouch!!!
You must log in or register to reply here. 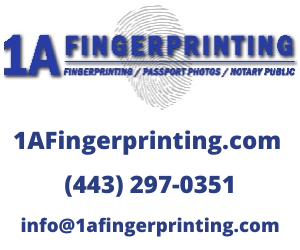